Christmas CEO: A small toy company CEO gets a once in a lifetime offer to merge with a mega toy company but will need her estranged ex-business partner's signature to seal the deal. What he helps her rediscover will change both of their lives. A Christmas Together With You: During the Christmas season, Megan and her father-figure Frank head out on a road trip to find his long-lost love. Along the way, Megan finds the love of her own life. An Unexpected Christmas: A speech writer makes a deal with his ex-girlfriend to pretend they're a couple to save his family's Christmas. It's not long before both the ruse and their feelings catch up with them.

A Discovery of Witches: The Complete Trilogy

... A DISCOVER OF WITCHES is a bold and romantic thriller that uncovers a secret underworld of vampires, witches and daemons hiding in plain sight for fear of persecution by humans. Brilliant historian Diana Bishop is a witch denying her own heritage. But when she unexpectedly calls up an ancient, betwitched manuscript from Oxford’s Bodleian Library, she finds herself thrown into the heart of a dangerous mystery – ...
--Amazon--

A Very Merry Bridesmaid/'Tis the Season To Be Merry

A Very Merry Bridesmaid: Leah's 30th birthday is on Christmas Eve, the same day as her brother's wedding. Her childhood crush is back in town for the wedding and he is determined to make sure her birthday does not go by the wayside. 'Tis the Season to be Merry: Looking for a fresh angle to her book on relationships, Merry heads to snow covered Vermont. She finds a new perspective and Christmas cheer with charismatic aid worker Adam.
--Amazon--

The detectives investigate a dying woman in a sarcophagus, a musician seemingly killed by sound, a cowgirl killed over a gold feud, and Brokenwood’s first serial killer.

Widowed English nurse Joan Kirkhope (Greta Scacchi) is on a quest to find answers about her husband's mysterious death, while ex-detective Jack Darby (Bryan Brown) has taken to the open road to escape his past. But when they collide in the Australian outback and become drawn into a series of mysteries, this unlikely investigative duo soon realize the most intriguing puzzle they face is each other.              --Amazon--

On a remote outpost of the Navajo Nation near Monument Valley in 1971, Lieutenant Joe Leaphorn of the Tribal Police is besieged by a series of seemingly unrelated crimes. The closer he digs to the truth, the more he exposes the wounds of his past. He is joined on this journey by his new deputy, Jim Chee, who has his own old scores to settle. Together, the two men battle the forces of evil, each other and their own personal demons on the path to salvation.            --Amazon--

Dispatched to the (fictional) Caribbean island of Saint Marie to investigate the murder of a British officer, London lawman Richard Poole (Ben Miller) initially clashes with new partner Camille Bordey (Sara Martins), whose emotional disposition runs counter to his own-but their effective teamwork and Poole's knack for solving baffling cases soon has him relocating to the exotic beat on a permanent basis.   ...             --Amazon-- 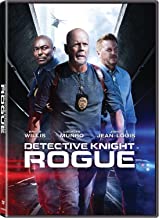 Bruce Willis is Detective James Knight in this first film of a trilogy. Chasing bandits from L.A. to New York, Knight crashes into his dark past, imperiling his case…and his life. A Hallmark Channel original movie. An anonymous suitor sends optometrist Sara (Inbar Lavi) a gift for each night of Hanukkah. On her journey to find her secret admirer, she learns her one true love might be someone she never expected. 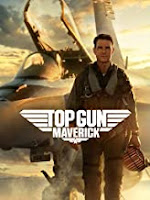 Top Gun: Maverick After thirty years, Maverick (Tom Cruise) is still pushing the envelope as a top naval aviator, but must confront ghosts of his past when he leads TOP GUN's elite graduates on a mission that demands the ultimate sacrifice from those chosen to fly it.

Posted by Scarborough Library at 9:46 AM No comments: